This is a choir with both a great history and, we believe, a great future. In 2024 we will celebrate a hundred years since we were founded by Fred Tomlinson. He took a group of local singers and made of them a choir which, among other honours, would go on to win the Llangollen Eisteddfod an unprecented THREE CONSECUTIVE TIMES (1952-54)
Fred lead the choir for over 50 years before handing the baton to his son, Ernest, an accomplished arranger and composer. We won more competitions later under the 24-year leadership of Beatrice Wade, and her successors, until our current maestro, Matthew Thomas, took over the reins in 2015. Matthew has brought a 21-st century approach to our repertoire, adding a more theatrical element, and we have placed highly in every competition we have entered under his tutelage, including “Song of the Competition” at the Cornwall International Choir Festival 2019.
But it’s not only competitions we take seriously. Our love of singing starts here in the Valley, where we regularly perform to raise funds for local charities, which also gives us the chance to let our hair down a little and really entertain our friends and neighbours. As well as our true choir repertoire Matthew has now developed “The Irwell Shantymen”, a parallel group offering a more varied menu of musical offerings.
Many of us also join with our sister choir, the Rossendale Ladies Choir, to form the Rossendale Festival Choir, especially for our Christmas and charity performances. 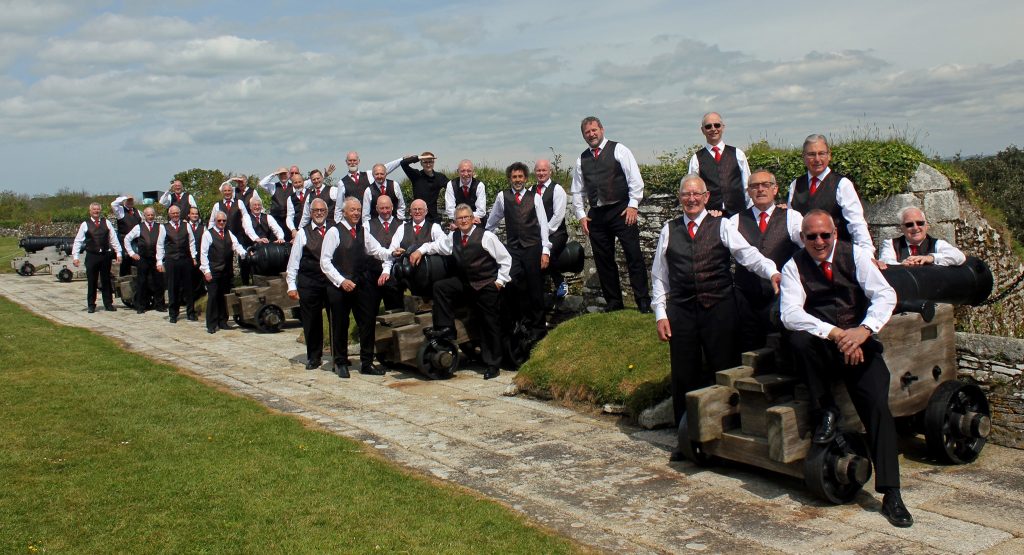